David Bell has been a licensed long-term care administrator since 1984.  David is currently the CEO / Executive Director of Sterling Village in Sterling.  David holds a B.S. in Healthcare Administration from SUNY Cortland, New York. He has been active throughout his career in both local organizations, Massachusetts Senior Care Association and AHCA. Most recently he has served as a Silver Award Examiner for the AHCA Quality Awards. In his free time, David enjoys spending time with his wife and daughters, traveling, the beach, and riding his Ducati.

Tom Lavallee has been a licensed Nursing Home Administrator since 1994. Tom’s multi-facility operations experience began in 2001 for Oakwood Living Centers. As Vice President of Operations, Tom oversaw the day-to-day operations of Oakwood’s five Massachusetts based facilities as well as its Virginia Beach, Virginia location. Following Oakwood, Tom served as Vice President of Operations for Radius Management Services overseeing select Radius facilities throughout Massachusetts and Rhode Island. Currently, Tom serves as Chief Operating Officer for Alliance Health Management Services (AHMS). In his current capacity, Tom oversees the operations at all AHMS facilities. Tom earned a Bachelor’s Degree from Worcester State College and a Masters Degree in Business Administration from Western New England College. He holds licenses as a Nursing Home Administrator in both Massachusetts and Rhode Island. In addition to the MA Chapter of ACHCA, Tom serves on the board of MA Senior Care.

Linda has been working in long-term care for more than 30 years and has been a licensed Administrator since 1993. She holds a Bachelor of Arts degree from Stonehill College and a Master’s in Public Administration and Health Administration from Suffolk University. She holds a Geriatric Health Training Certificate from the Boston University of Public Health and a National Certification for Aging Service Professionals from the University of North Texas, affiliated with Leading Age.

Bill McGinley worked in the field of long-term care from 1980 until his retirement in 2021. He holds an MBA from Boston University with a concentration in Health Care Management.  He is certified by ACHCA as a nursing home administrator (CNHA) as well as an assisted living administrator (CALA). He is a Fellow Emeritus with ACHCA. His most recent position was as the President/CEO of The American College of Health Care Administrators (ACHCA).

Sister Jacquelyn McCarthy is a Sister of St. Joseph of Boston. She is a graduate of Laboure College with a degree in Nursing. She received her Bachelor’s degree at St. Joseph College and a Masters’s in Health Care Administration from Framingham State College. In 1988, she became a Licensed Nursing Home Administrator. She has worked in a variety of capacities at Bethany Health Care Center including Staff Nurse, Nurse Supervisor, and functioned as the Director of Nursing since 1997. Sr. McCarthy was the Administrator at Santa Maria Nursing Home in Cambridge and Wingate in Brighton. For the past fifteen years, she has been the CEO/ Administrator at Bethany Health Care Center. She also sits on the board of registration nursing home administrators in the state of Massachusetts.

Sr. McCarthy is a member of the Board of Directors of American College Health Care Administrators (MA Chapter) and a Health Care Consultant National Religious Retirement Office in Washington DC. She was named Health Care Champion by Boston Business Journal, in August 2009, and was also awarded the AMDA Foundation Evercare Award for improving the quality of life of persons living in LTC facilities, presented at the Annual AMDA Convocation, in March 2009.

William Bogdanovich became the Administrator of Liberty Commons in 1988. Under his direction, the company has expanded to provide outpatient rehabilitation services, hospice, and assisted living services. Today he serves as the President & CEO of the North Chatham organization. He has earned a Master’s degree in Organizational Development from Bowling Green State University, a certificate of Special Studies in Administration and Management from Harvard, and a BS in Management from Bentley College. He has served on numerous boards and committees over the past two decades including DPH’s DNR task force and is currently serving the boards of the MA Senior Care Association, and MA Senior Care Foundation. A Special Legislative Commission on LGBTQ+ Aging, the DPH Informal Dispute Resolution Panel, and the Housing Assistance Corporation of Cape Cod, in addition to the MA Chapter of ACHCA. 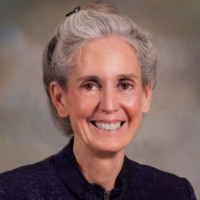 Louise Clough was the Director of Quality and Standards Compliance for Covenant Health for over 21 years, serving as an expert resource in accreditation, compliance, and regulatory topics and providing guidance and leadership in quality and safety initiatives, and compliance strategies.  She had previously worked at the Massachusetts Long Term Care Foundation and the Massachusetts Department of Public Health.  She is an RN as well as a licensed nursing home administrator. She received a Bachelor’s degree in Nursing from Boston College and went on to achieve her Master’s in Nursing and in Business Administration from Boston University. She is currently on the board of directors of the Massachusetts Hospice & Palliative Care Federation and was previously on the board of trustees of LeadingAge Massachusetts. 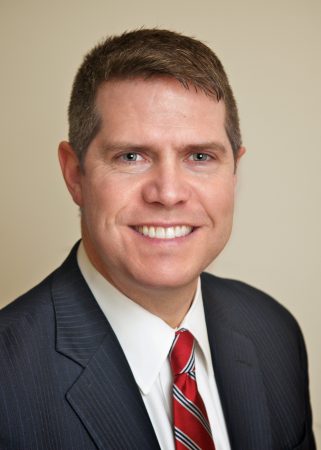 Kevin has been in the post-acute industry for over 25 years and currently has operational oversight of eleven (11) skilled nursing facilities, two (2) Assisted Livings and Bane Care’s management company.  His responsibilities include daily and regulatory oversight of these facilities including survey readiness, budget development, business strategy, and contract negotiation with all vendors. 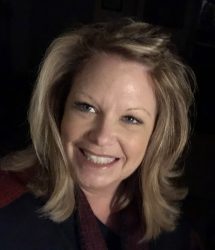 Jessica has over twenty-five years of experience in various healthcare settings. She is a licensed nursing home administrator in addition to being an RN, which gives her unique insight in regard to quality management, nursing administration, operations, accreditation, and regulatory compliance. During her career, Jessica has had experience in acute, sub-acute, long-term care, and assisted living settings. She graduated from St. Elizabeth’s School of Nursing and holds a BSN from Simmons College. 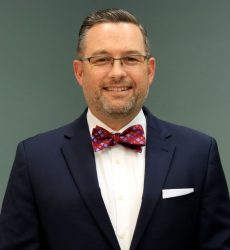 Chris became a licensed nursing home administrator in 2006.  He was the licensed nursing home Administrator for Southpointe Rehabilitation and Skilled Care Center in Fall River, MA for 10 years, which included the regional administrator support role to the other administrators within the company for the last 4 of those years. In 2016, Chris became the Administrator of Baypointe Rehabilitation and Skilled Care Center in Brockton, MA, and assisted his organization in transitioning to a new ownership group, AdviniaCare. In 2017, Chris was promoted to the Director of Operations role; and ultimately to the Chief Operations Officer in January 2018.

Dennis Lopata became the Executive Director of Life Care Center of Wilbraham in 2007. His career in Healthcare includes over 37 years in both Acute Care and Extended Care settings. He has an MBA from Western New England College and BS from Worcester State University both involving concentrations in Health Care Administration. Dennis is a Board Member of the East of The River Chamber of Commerce, the Scantic Valley YMCA fundraising committee, an Ambassador with the MA Senior Care Association, and a former President of the Rotary Club of Gardner, MA.

Joanne Shaw is the Administrator at Sandy River Center, Farmington, Maine. Her clinical and administrative career spans more than 30 years and includes transforming acute, sub-acute, and long-term care teams with a focus on innovating leadership and process that requires improved performance, energy, and drive. She has held Regional leadership positions and served on numerous healthcare boards and committees and has been a licensed nursing home administrator since 2000. She holds a Master’s Degree in Health Care Administration Management from Southern New Hampshire University and a BS in Administration from Southern New University. Past accomplishments include Executive Director of the Year, Area Executive, AHCA Facility Quality Award recipient, and Above & Beyond District Facility Leader Award. She has been a member of the Massachusetts Chapter since 2007 and has served on the Board of Directors since 2008.